On the 27th June 2017, De Balie held a discussion on European integration and the legacy of Isiah Berlin, inviting Philipp Blom and Kalypso Nicolaïdis to talk about the future of Europe in a crucial election year for the continent.

2017 has already proven to be a crucial year for Europe, with the Brexit negotiations starting off, Macron coming from nowhere to win the French elections and the Dutch right-wing populist Geert Wilders failing to gain power in the Netherlands. Can we all now breathe a collective sigh of relief? Do the results of the elections in the first half of 2017 offer Europe possibilities to reinvent itself? And, what will happen if, for example, Macron does not succeed in reforming Europe and increasing popular support?

According to Blom, “a few elections” are not enough to solve Europe’s structural problems. For him, the question is much more whether Europe will perish in spite of its successes. He believes that it is now time to formulate a new narrative that serves to engage Europeans with the European project. Yet, which measures does he propose?

Nicolaïdis, for her part, argues that Europe must try to let go of its “chronic short-term perspective” and focus on strengthening its democratic foundations in the long-term. According to her, only empathy between the member states can save Europe, yet which form should this take?

To find out more, watch the full discussion at the top of this page!

The evening’s discussion also paid tribute to Isaiah Berlin and his thoughts on European integration. Subsequently, Walter Bart from the Wunderbaum theatre company started the evening with a reading from Isaiah Berlin’s European Union and its Vicissitudes from 1959.

Philipp Blom is a German historian, novelist, journalist and translator. His Thinking Europe – No Future? essay featured in the Re:Thinking Europe anthology published in the context of 2016’s Forum on European Culture.

Kalypso Nicolaïdis is a Franco-Greek professor of international relations at the University of Oxford, where she also works as the director of the Centre for International Studies. Nicolaïdis My EUtopia: Empathy in a Union of Others essay featured in the Re:Thinking Europe anthology published in the context of 2016’s Forum on European Culture.

Lennart Booij is a media personality, who is active in Dutch politics and culture. Currently, he sits on the Raad voor Cultuur, which is an advisory arts council of the Dutch government with funding supervisory responsibilities.

This event was organised by

And, with the support of 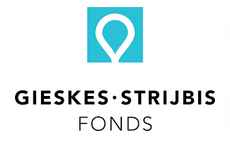