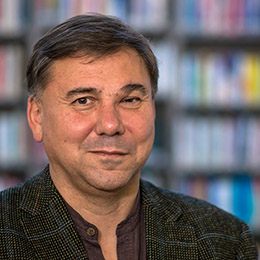 From 2004 to 2006, Ivan was the executive director of the International Commission on the Balkans, chaired by the former Italian Prime Minister Giuliano Amato. He also previously worked as the editor-in-chief of the Bulgarian edition of Foreign Policy and was a member of the Council of the International Institute for Strategic Studies in London from 2005-2011.

His latest books in English translation are In Mistrust We Trust: Can Democracy Survive When We Don’t Trust Our Leaders? (2013), Democracy Disrupted: The Politics of Global Protest (2014) and After Europe (2017).

Information valid as of summer 2018.